this is us in the castle on the kings throne.

Here's a few from the joust. I got a bunch but didnt want to bore ya guys.we were on the blue and white (good guys) side at the earlier one and when they finished the joust we eneded up being in the red and green (bad guys) section. Kourt still cheered for the blue and white knight. The wenches were the cheerleaders. lol

The kids with bob the juggler

Some of princess kourt practising her wave, trying on a hat, and "running away"

Kourt in the costume contest, and with her certificate. they said they accidentally put on there 2008, but she doesnt care lol. kourt with byron the bear.

anne boleyn was our parking area. Riley with his mud.. and the mud men.

my love, me and my love, and the snood I made.

me and my princess.

take care guys
xoxo
Tink
(believing is just the begininng...)
quote of the day:
Lilo: What if I mess up? And Myrtle laughs at me? And I get mad? And I *pound* her?
Posted by Just Tink at 11:31 AM No comments:

I hope everyone had a great weekend! We went to the Renaissance Faire, for mother's day, since last weekend it was miserable and rainy. But I'll come back and tell ya about that with pix tomorrow.
Now onto the kits... lol . As always the cute little "freebie"

These next ones are some of Miss kim's previous freebies, they were still up last I checked. they are really cute so don't miss em.
13)Road trip grab it here for ...

17)Bonus freebies for wet dog and my blue period can be found here for...

18) Truelife adventures an be found here for ...

19) labelmaker wordart can be found here for...

& can be found here 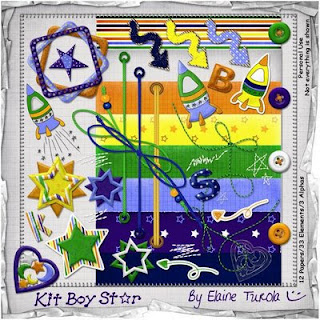 33 kits for you this week! Remember if I am missing some that you know about please feel free to let me know and I will post 'em. Have a great day!
Xoxo
Tink
(believing is only the beginning... )

Quote of the day: Oh, I saw the whole thing, dude! First, you were like, whoa! And then we were like, WHOA! And then you were like, whoa. [Marlin: What are you talking about?] You, Mini-Man! Takin' on the jellies. You got serious thrill issues, dude. - Crush the Turtle
Posted by Just Tink at 8:09 AM No comments:

Just Tink
Im a 39 yr old SAHM to 5 kids, ages 21,19,17,15,& a 8 yr old stepson.AND a grandma to 1! We live in arkansas. My 4 kids and I moved here to be close to my family. Im a disney crackhead. I love digital scrapbooking & Im an ametuer photographer. contact me: karrieskreations@gmail.com